We'll work onto the higher speeds right after you take your nap!Cruz Rameriez

Cruz Ramirez was the trainer of the Rust-eze Racing Center before she was a Dinoco racer and a Rust-eze racer. She got the number 51 just like Doc Hudson and Ruby "Easy" Oaks.

In Cars 3, she was hired to train Lightning McQueen to help him compete with the new generation of racers.

But, soon Lightning realized that maybe his days as a race champion were behind him and instead they changed roles with McQueen teaching Cruz how to run in the big leagues.

Cruz is voiced by stand-up comic and actress, Cristela Alonzo. 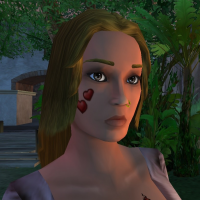