"'Alright then. Let me at that track!" - What Nigel says when he is selected in the Cars 2 video game.

Nigel Gearsley from Warwickshire, England, is an Aston Martin DB9R racer bearing #9. He got his start racing the Speed Hill Climb—a unique, completely uphill race through the Aston Hill Mountain Area that his family has run for generations. Nigel’s racing career has been anything but an uphill challenge, as he’s won nearly every start in the past few years on the Grand Touring Sports Car circuit, including a string of podiums at Nurburgring and Le Mans. His cool British refinement makes him an imposing presence on the World Grand Prix courses.

Gearsley finished on the 6th position, in the first race of the W.P.G in Tokyo, Japan . But at the beginning of the second race in Porto Corso, Italy , he started just on the 9th position in the startformation, in front of the New Rearindian racer Rip Clutchgoneski and the french rally racer Raoul CaRoule . But at the middle of the track, he`s engine blow out, because the lemons machine, used by Grem and Acer . In the London, England race, after the Queen began the race, he was seen for a long time on the 6th position, but at the curve, where Lightning McQueen took the lead, Gearsley passed very quickly he`s main oppenent Jeff Gorvette from the 6th to the 5th position, wich were the best position, of all his races. But on a short scene, where Mater warned the pit, because the bomb wich were attached on his hood, we can see a before it, that Nigel finished the race behind Jeff Gorvette and Carla Veloso, who had a head to head race against each other for the 9th place. In the Radiator Springs Grand Prix he was laughing with Max Schnell before the race started. Later he was afraid, when Mater passed him and the other racers with his rocket boosts. 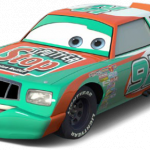 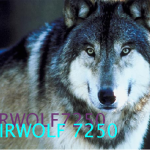 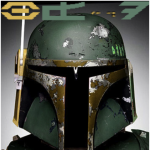